How to harmonize serotonin-Naturally balancing neurotransmitters

Serotonin is one of the many functions of our neurological “control panel “. 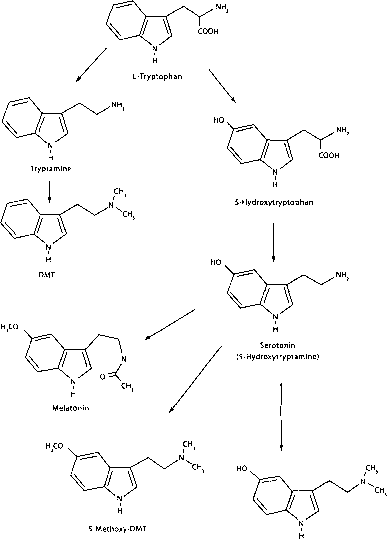 This “control panel” consists of all of our different neurotransmitters, as well as the rest of our nervous system. Our nervous system is where every stimulus is received and processed, and nerve impulses are sent out to every molecule of the body. There are several hundred neurotransmitters, each with a varying degree of responsibility, as well as function. Probably one of the most well known, serotonin is found in the gastrointestinal tract, blood platelets, and central nervous system. Serotonin is thought to be the primary factor in the balance of our mood.

Serotonin’s role, in short, is to regulate our appetite, mood, sexual desires, sleep and plays partial roles in cognitive functions such as learning and memory. It is also something that has not yet been counted or measured. So while we know that serotonin plays a huge part in our life and lifestyle choices, we still have a lot to learn about it. It is imperative that we modulate our bodies to the best of our ability, in order to be fulfilled in all of our endeavors.

How do I know if my serotonin levels are balanced?

Serotonin is best known to be “balanced” from a non-laboratory perspective when having an equal concoction of confidence, composure, attention, and an overall feeling of well-being. Listening to your body, monitoring your habits, and finding a healthy balance of all aspects are key in having a fulfilling life. Of course, unless you are in a medical setting, we will not be able to tell where our levels of serotonin are at, other than observing how we are thinking and feeling.

Having too much serotonin can be bad, in which something called serotonin syndrome occurs. Before it gets to the point of “too much”, high levels of serotonin can also cause depression, anxiety, lethargy, fatigue, and many other “down” moods.  It is crucial that we have an equilibrium of all neurotransmitters and bodily functions, in order to live life to the fullest.

Sleep is the largest factor in serotonin production and reuptake and can be a prolific or vicious cycle. If you are getting the proper amount of sleep that you specifically need, serotonin production is increased and creates a strong foundation for our other serotonin related processes to function properly. Some serotonin is eventually converted into melatonin, which is secreted when darkness sets in. Serotonin levels drop during REM sleep, causing acetylcholine levels to rise.  But, melatonin cannot be produced if there is not enough serotonin, to begin with. The production of serotonin and melatonin all has to do with our circadian rhythm, all which starts in our pineal gland.

Serotonin also sends signals from the gut to the brain. “You are what you eat” never sounded truer.

Roughly 80-90% of serotonin is in our gut. Although the amount of serotonin in the gut would be deadly if released out into the body. Monoamine oxidase is an enzyme in the stomach and brain that balances out other serotonin and other amine neurotransmitters such as dopamine and histamine, among others.This whole process is very complex, but in short, the enzyme helps serotonin and tryptophan containing foods be broken down and processed in the gut. When we eat wholesome foods and drink plenty of water, our serotonin and other neurotransmitters are satisfied, and we are functioning optimally.

There are two ways to look at our diet in relation to serotonin production, and that is high protein, low carb, and high carb, low protein.  Of course, we would normally like an even balance of both, but what is necessary may vary from person to person. The key to remember here is that more carbs = more serotonin. Serotonin cannot be produced without tryptophan, which is “relatively scarce in protein“. Eating a balanced diet of raw and cooked vegetables, hard and soft fruits, whole and refined grains…essentially easy and (somewhat) difficult to digest foods. When foods are harder to digest and contain more tryptophan, serotonin will generally increase. Easier to digest foods will decrease serotonin production.

Many issues can arise in the gut and thus the rest of the body if our diet and metabolism are not maintained.

Things like irritable bowel syndrome and bacteria overgrowth can be caused by a weaker digestive system, such as a slower metabolism. When you eat something that upsets your stomach, floods of serotonin are released, causing diarrhea. Too little serotonin and that can result in constipation. The balance of healthy gut bacteria is key in having good communication between the digestive system and brain. These are not two different systems, but two parts of the same system. Having a healthy balance of probiotics and prebiotics is essential as well. In short, probiotics help control harmful bacteria, while prebiotics provides food for the probiotics that cannot be digested.

Some parts of the brain have overactive serotonin, while others are under active.

SSRI medications such as Prozac and Zoloft (part of my personal story) are used to “treat” “disorders” such as depression, obsessive-compulsive disorder, anxiety disorders, and many others by raising serotonin levels in the brain. An article in Psychology Today stated that “…11 percent of all Americans over 12 took antidepressants – and 25 percent of women aged 40-59”. The article later went on to say that a California psychiatrist Steve Balt stated that ““Data appear to confirm 2 stark truths about antidepressants. First, there seem to be no significant differences among them . . . Second, and somewhat surprisingly, antidepressant effectiveness is quite low.”

With this in mind, it is crucial to understand how and why SSRI’s are used, and when they can be effective in helping a person overcome a psychological issue. This video by Jordan Peterson, a psychologist, and professor of psychology at the University of Toronto outlines a very thoughtful perspective of antidepressants. He says that if all facets of one’s life are in balance, such as relationship communications, career or work fulfillment, exercise, diet, sleep, and overall quality of life, and the person is still depressed, antidepressants may be the perfect solution. If any of those things are out of balance, (which is often the case) and you are depressed, SSRI medications may make the issues worse.

These medications (if used improperly) can lower our empathetic capabilities, sex drive, motivation, and in some cases, the person’s will to be alive. While there are many statistics and reports of antidepressants making peoples depression issues worse, (more than likely due to an imbalance in more than just serotonin, see the previous paragraph.) These medications have also helped a number of people.

Harmonizing serotonin levels naturally should always be the first option before opting for prescription medications.

Having a balanced diet, getting sufficient sleep, exercising, meditation,  spending time doing activities that you enjoy, and being around positive people are all extremely valuable, if not the common sense “secret”  to having an equilibrium of neurotransmitters. If these aspects are fulfilled and you are still in a funk, uncovering repressed memories, talking to a therapist, or even a trusting and accepting person are ways to help solve persistent psychological issues. The key is to find what works best for you.

Another alternative route is the ingestion of entheogenic plants and compounds. Things such as (1)cannabis, (2)psilocybin mushrooms, (3)MDMA, (4)mescaline, (5)ayahuasca, (6)LSD, (7)ibogaine, and (8)ketamine have all been shown to cure issues like depression, addiction, anxiety, and all other psychological disorders in one or two sessions with these substances. It is absolutely necessary that you do all the research you can on these substances before seeking them out and using them. They should be used with great care and respect, as well as with someone who is well aware of their effects. When used correctly, they can be powerful life changing experiences, for the better. “ 30 years of psychotherapy in one night.” Many of these chemicals(1,2,4,5,7) have been used ritualistically for thousands of years all over the world by shamanic cultures. Whatever you chose to do, be sure to do your own research, and plenty of it. Find what works best for you, and trust your gut. Literally.

Serotonin is one of the most important neurotransmitters in our body. It plays a major influence in our sleep, reproductive capabilities, attitude, and diet. When we take care of our bodies, be patient with ourselves, and help others around us, our souls are working through us, so that we may be a bridge for creation.

In essence, serotonin is only one of the many factors that go into having a healthy digestive system.  and thus a tranquil frame of mind. It is important to keep in mind that while our bodies have many different chemicals, functions, and working pieces, we always have the opportunity to work towards harmony.

If you have any questions or would like to share your experiences, feel free to leave them below! I am always eager to hear new perspectives, ideas and stories!

This site uses Akismet to reduce spam. Learn how your comment data is processed.

Check out this page for some extra essays I have written on various topics!
https://patiencebuildskindness.com/various-essays

Last 3 on my mind